Skip to content
Right after the ownCloud 5 release event in Berlin I took the train to Chemnitz to join Klaas in staffing the ownCloud booth, which we shared with the openSUSE folks this year.

Lots of people dropped by to see ownCloud 5, while others were eager to learn about the concepts of ownCloud, or were asking about tips on how to host their files at home or on a self-maintained server.

Many were pleased to see the availability of clients across devices. We used a Nexus 7 to demo the Instant upload capabilities for photos, which quickly appeared on the web interface and the desktop folder.

The feedback from existing users overall was very positive, and many were pleased to see the advances ownCloud had made in its evolution. We also discussed sharing questions with users and even managed to do some live debugging, the result of which will soon show up in the next release of the Desktop client.

This years installment of Chemnitzer Linux-Tage was a fun event, not only because of the fantastic show and dinner buffet on Saturday night, but also due to the family atmosphere, and the fun that it was to present ownCloud, but also openSUSE and Klaas’ very own Kraft project.

If you want to meet us again, visit the ownCloud booth at LinuxTag in Berlin from 22.-25. of May.

On Friday evening, more than 50 people followed the summoning to C-Base in Berlin in order to celebrate the ownCloud 5.0 release, learn about new features and getting to meet some of its makers.

ownCloud server engineer Arthur Schiwon kicked off the talk series with an overview of ownCloud 5.0 features. Only a few minutes after he started, we had to interrupt the talk – the room had gotten too croweded, so we removed some of the desks and sqeezed in another two rows of chairs.

Next up was Sam Tuke. He outlined the new encryption system and detailed on how it works with sharing, something the old sharing module fell short at.

After Sam had taken a lot of question from a very interested audience, it was about time for some fresh air and a slice of pizza, kindly sponsored by ownCloud Inc.

After all pizza slices were gone, I concluded the series of talks presenting the ownCloud clients for Android, iOS and Desktop, detailing on new features in the next versions, followed by lots of questions from the audience. Finally the three of us as well as Georg Ehrke of Calendar and Contacts fame, who had joined in later, engaged in busy group discusions with the visitors. This way we got to talk face to face with enthusiastic fans, new users and (soon to be) new contributors.

Thanks everyone for joining in. It was an awesome night!

ownCloud 5 is about to be released – an event that cannot go uncelebrated. Joining events in Nürnberg and Stuttgart, we will have an event for everyone who happens to live in or nearby Berlin and shares an interest in ownCloud. Even though it’s on short notice, make sure to save the date: 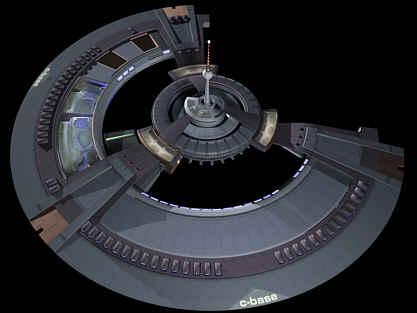 We will give an introduction to ownCloud and its concepts, show off new features in ownCloud 5.0 and give some insight into the syncing clients. And yes, there will also be Pizza, sponsored by ownCloud Inc!

If you want to come, please add a comment below to make planning easier. See you there next Friday!

Today I started working at ownCloud GmbH to help shaping the ownCloud desktop syncing client. Since I’ve been hanging around on the ownCloud IRC channels for a while, some regulars might already know me as danimo. So here’s hello to everyone in the project. I am super super excited about what lies ahead for ownCloud!